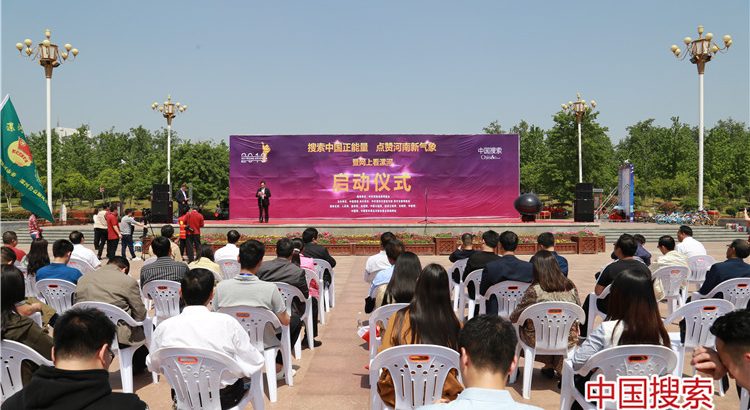 The large-scale online publicity campaign was guided by the Henan Provincial Information Network Office, China Search, and invited central and local news websites and commercial websites to participate in the project. It aims to fully explore the advanced models, gatherings and dissemination of cities and industries in Henan Province. The positive energy of the society encourages morale and morale, and guides the people of the province to consolidate their efforts on the journey to success in building a well-off society in an all-round way, and to work hard to create a new situation in a new era.

Luohe Municipal Party Standing Committee, Minister of Publicity Zhou Xinhe first delivered a welcome speech. Zhou Xinhe said that the Luohe River has a long history and the national treasure seven-tone bone flute unearthed at the Jiahu site is the earliest musical instrument in the world; Xu Shen, who compiled the earliest dictionary “Shuo Wen Jie Zi”, also lives in this land. The Weihe River is the only city on the Central Plains where the two rivers pass through the city. The Shahe River and the Tuohe River meet in the urban area. It is the first Chinese food city and has cultivated the world’s largest pork food processing company. The famous instant noodles production enterprise and the country’s first glucose beverage production enterprise are China’s leisure food industry base.

We will use this event as an opportunity to fully display the good image of China Food City, Central China Ecological Water City, and Henan, Henan, Central and South China Regional Center cities, and launch netizens to praise the beautiful Weihe River and spread the positive energy of the society to promote the economic and social development of the Weihe River in the new era.” The “4321” job layout, winning a comprehensive and well-off society, and letting the Central Plains gather even more powerful and powerful network positive energy.

Since the beginning of this year, the Henan Provincial Party Committee’s Internet Information Office has organized major publicity campaigns such as the Ministry of Foreign Affairs’s Henan Global Promotion Campaign, the 12th China (Henan) International Investment and Trade Fair, and the Baidi Ceremony of the Yellow Emperor’s Hometown in the Wuyi Year of the Republic of China. The story allows the world’s attention to continue to focus on color and Henan. In particular, the Ministry of Foreign Affairs of Henan launched a global promotion campaign. In just 10 days, the network has attracted more than 1 billion person-times and achieved a breakthrough in the dissemination of online thematic propaganda activities in Henan Province. The launch of the “Search for China’s positive energy likes the new weather in Henan” online campaign is of great significance for tapping the positive energy of Henan and displaying the new development of Henan. 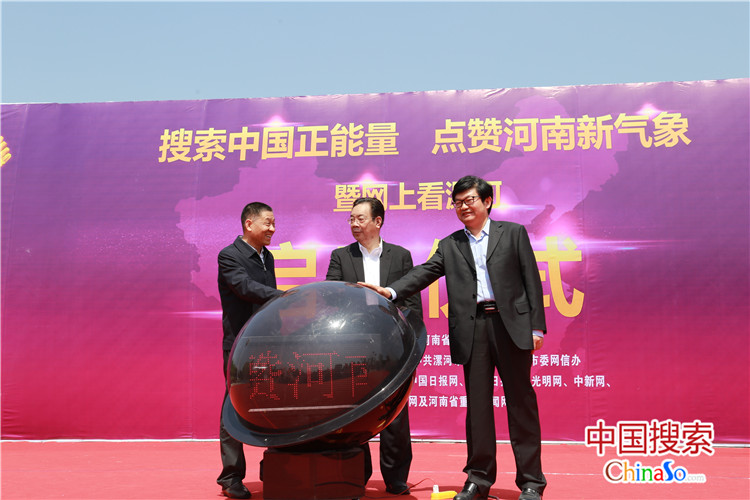 Zhou Xisheng, President of China Search, said in his address that a week ago, the National Cyber ​​Security and Informationization Conference was held in Beijing. General Secretary Xi Jinping attended the meeting and delivered an important speech. Today, we hold the launching ceremony of “Searching for China’s Positive Energy and Praising the New Weather in Henan”, a large-scale online publicity campaign. This is to take practical action to implement the important speech of the General Secretary of the Internship at the National Cyberintelligence Work Conference.

Under the careful guidance of the Central Network Information Office, China’s search began in 2015 with the joint People’s Daily Online, Xinhua News, China Online, CCTV, Guangming.com, China Daily.com, Zhongxin.com, Qianlong.com, Dongfang.com, and Beifang.com. The central and local key news websites and Peking University’s New Media Research Institute rely on the Internet search and big data aggregation analysis as the basis and features. It has held a large-scale online publicity campaign with the theme of “Searching for China’s Positive Energy Year”. Good results. Zhou Xisheng said that as a new exploration, we have added “like new local weather” to this year’s search for positive energy annual praise campaign, and made Henan the first stop, making the Weihe River the starting point for this event. . “We hope to use the ‘Search China’s energy to like the Henan New Weather’ large-scale online propaganda and theme activities to better stimulate and gather the positive factors in Henan, and better spread the beautiful elements and positive energy in Henan to promote the majority.”

After the launch of the event, China’s search will open a special topic. All local governments, enterprises, and users in Henan Province can actively recommend excellent cases. From the beginning of May to the end of November 2018, after the collection of cases in various cities, users can use the PC, mobile client, Weibo, Wechat and other channels to subdue the likes of the target audience. The Chinese search will also be combined with the media. Propaganda reports on exciting cases. According to the results of the likes, the judging panel, after a comprehensive review, determined the list of selected categories for each city, and held an announcement ceremony. From December 1st to the end of December 2018, the outstanding representatives from the organizations and cities liked to participate in the “Search for China’s positive energy likes the new climate in Henan” selection activity, and recommended it to the “Search for China’s Positive Energy Likes 2018” organizing committee. outstanding case.

China Search (abbreviated as “Guosuo”) is jointly established by the seven central media such as the People’s Daily, Xinhua News Agency, and CCTV. The Internet and mobile internet search sites led and managed by Xinhua News Agency and the Central Industry News website approved by the Central Network Information Office It is an international communication platform that gathers all media, new media, financial media, big data, and artificial intelligence. Over the past four years, China’s search has consistently adhered to the correct political direction, public opinion orientation and value orientation, persisted in taking the path of differentiated and innovative development, and worked hard to build a national authority, credibility, green, and reliable search engine. At present, China Search has formed three business segments centered on search, headlines, artificial intelligence and big data products. Its audience and social influence are expanding. Users have spread all over the country and more than 200 countries and regions around the world.