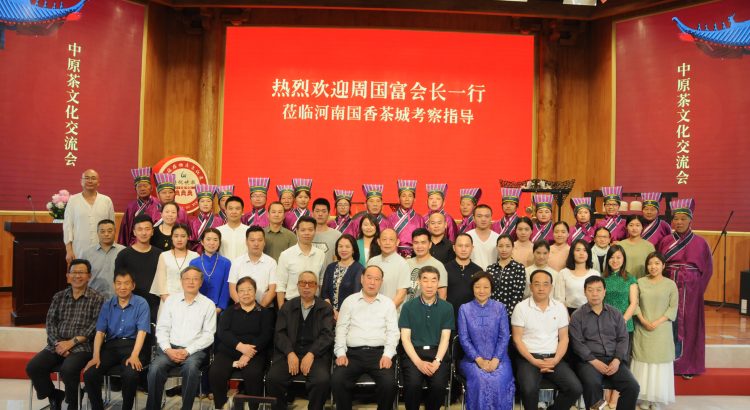 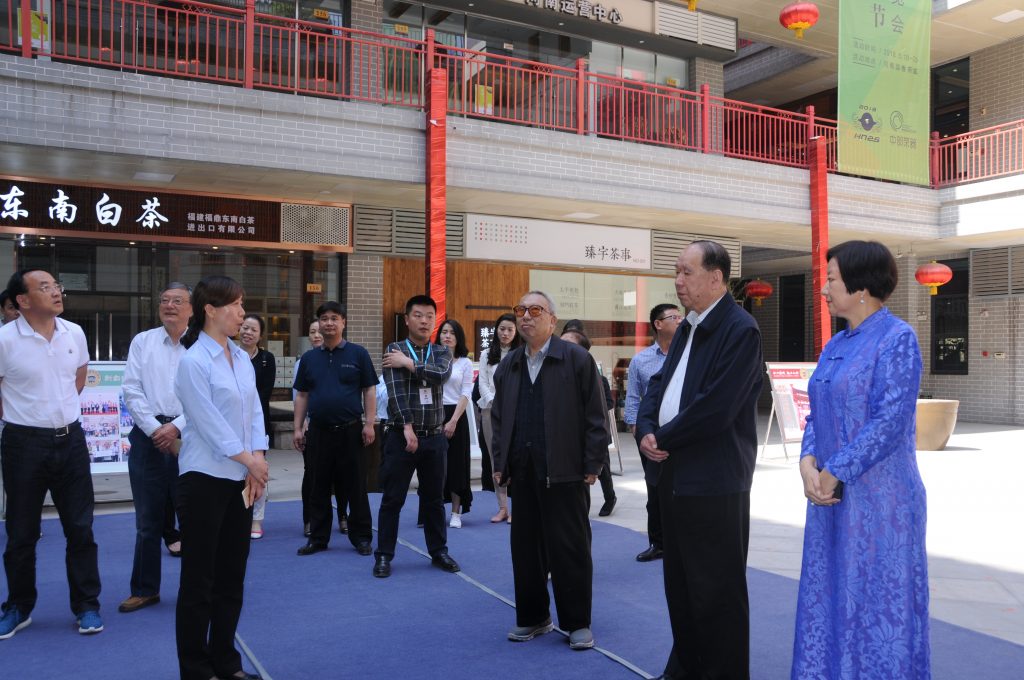 Everyone first visited Guoxiang Tea City to find out about the status of the first to fourth floors of Guoxiang Tea City and the status of the operation of tea merchants. From the first floor to the fourth floor, there are different types of tea, tea utensils, wenwan, jade, and purple sand. The representative business model has won high recognition from the delegation. President Zhou and others praised Guoxiang tea people’s hard work and spirit.

In the multi-purpose hall on the fourth floor of Guoxiang Tea City, members of the delegation and the Guoxiang Tea People held a Central Plains Tea Cultural Exchange Conference. Everyone enjoyed the folklore show with the characteristics of the Central Plains region brought by the Huaxia Raffles Group. Chaohua blows songs.
President Zhou Guofu represented the China International Tea Culture Research Association and awarded Henan Guoxiang Tea City with the honorary title of “China Tea Market Demonstration Market” and held a licensing ceremony. Chairman Ji Xiamin represented the tea people on behalf of Guoxiang Tea City and received the award.

During the exchange party, President Zhou Guofu encouraged everyone not to forget the beginning of the heart and make persistent efforts to develop the connotation of innovation and development with the tea culture and continue to climb higher levels. Finally, President Zhou also explained the meaning and value of the tea culture to the Guoxiang tea people with the theme of tea culture, and everyone was deeply inspired.